skip to main | skip to sidebar

This is one of my favorite things, EVER. 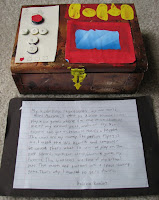 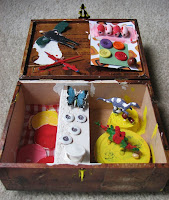 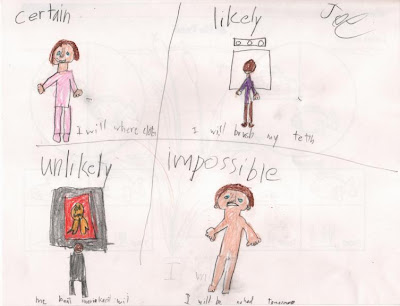 A vocabulary exercise from school.
Transcription:
Certain: I will where [sic] clothes
Likely: I will brush my teeth
Unlikely: Me beat Mario Kart Wii [ed: "I will win at Mario Kart on the Wii"]
Impossible: I will be naked tomorrow
Posted by Unknown at 11:24 AM No comments:

I woke up one morning a month or so ago and Joe was coughing quite a bit. I went into his room and found he had thrown up, but didn't seem to be feeling too badly otherwise.

So, the boys were fighting last night, and I took some time out with each to talk about what happened.

Taking care of our valuable assets

I stopped at the liquor store on the way home from work the other day. Somehow it seems wrong to put the beer and wine in the empty child seat.
Posted by Unknown at 1:03 PM No comments:

We have heavy street construction going on in front of our house for the next few weeks. Bulldozers, Bobcats, track excavators, things that make little boys forget what they're supposed to be doing. Yesterday, there was a woman driving one of the heavy trucks, and Jim overheard our four-year-old yelling out the window, "MARRY ME!!!!"
Posted by Unknown at 6:10 AM No comments: 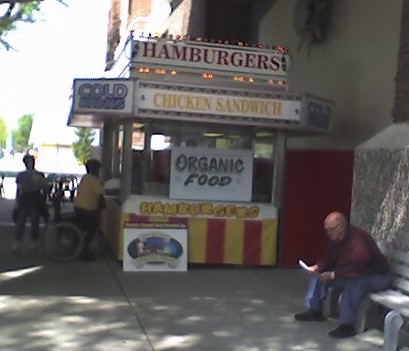 Posted by Unknown at 9:26 AM No comments: 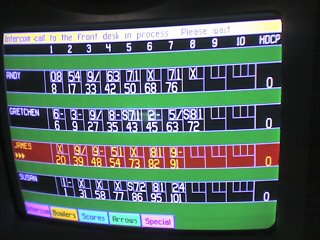 No one would believe this, without seeing the picture. (Hint: I'm not a good bowler.)
Posted by Unknown at 9:08 AM No comments:

more places to waste your time